Critical Mass Houston is a city wide event open to everyone. Streets are shut down and cyclists rule the road for one Friday evening per month, the last Friday. It is official. Police shut down the roads, preventing drivers from overtaking the many thousand who come out to ride.

Did you know? I am a total sucker for large group rides. They really bring me a sense of community, no matter how slow I might be going. So it’s my second week in Houston, and I knew I had to go.

Since I left my bike in Louisville (#bicycleregrets), I have been using the trusty Houston B-cycle bike share which is a cheap 9$ per month membership. I grabbed my bike from a near downtown dock and swiftly went to Market Square, the official meetup. Upon arrival, around 6:40PM, there were already at least a thousand people there.

I swiftly ran into another PhD student who explained that critical mass is a physics concept of nuclear fission which is what the ride was named after. He explained the ride as gathering so much mass to where there isn’t any space left, causing a nuclear chain reaction. Cool.

There were a lot of interesting bikes, contraptions, and uses. A ton of people carried their subwoofers in baby trailers. Riding to a new area meant a new sound. Some people had a full decked out sound system bike trailer. Ugh, I need one.

I got a couple pics before we headed out.

The Cycle Path Cruizers. A community bike works that donates bikes to people in need.

Things were slow at first. But people didn’t seem to mind. 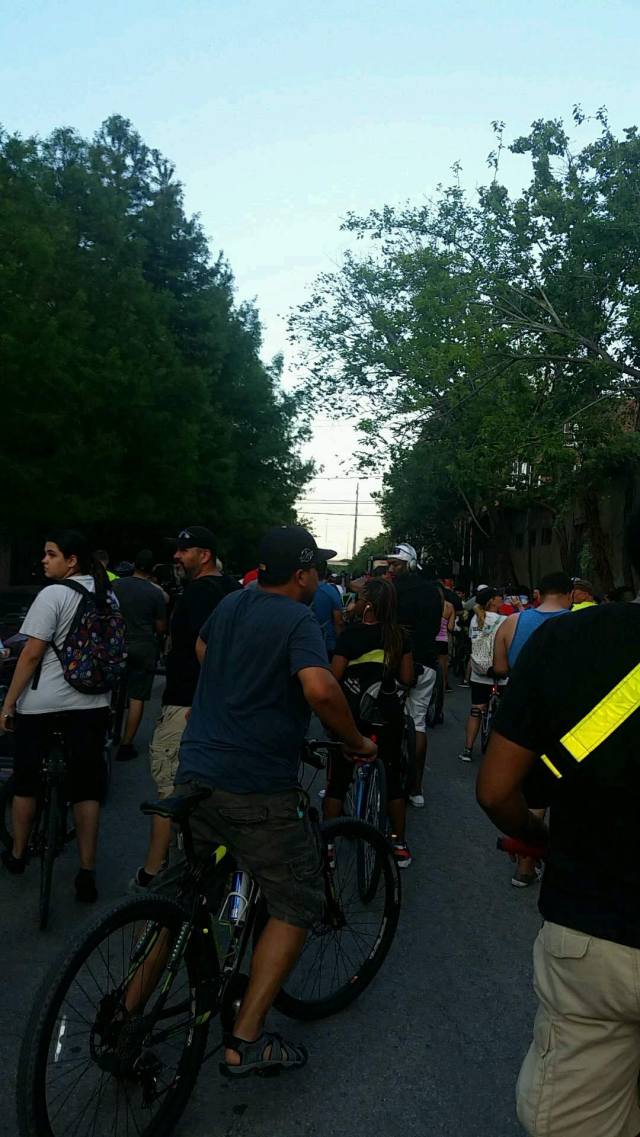 Actually, we had a few gridlocks.

But at one point we even rode on the highway!

The view from the highway we rode on!

Then we stopped at a Fiesta Mart for a pit stop. I met these guys to whom I feel I essentially became a groupie (not really ) because I liked their music so much. Haha. 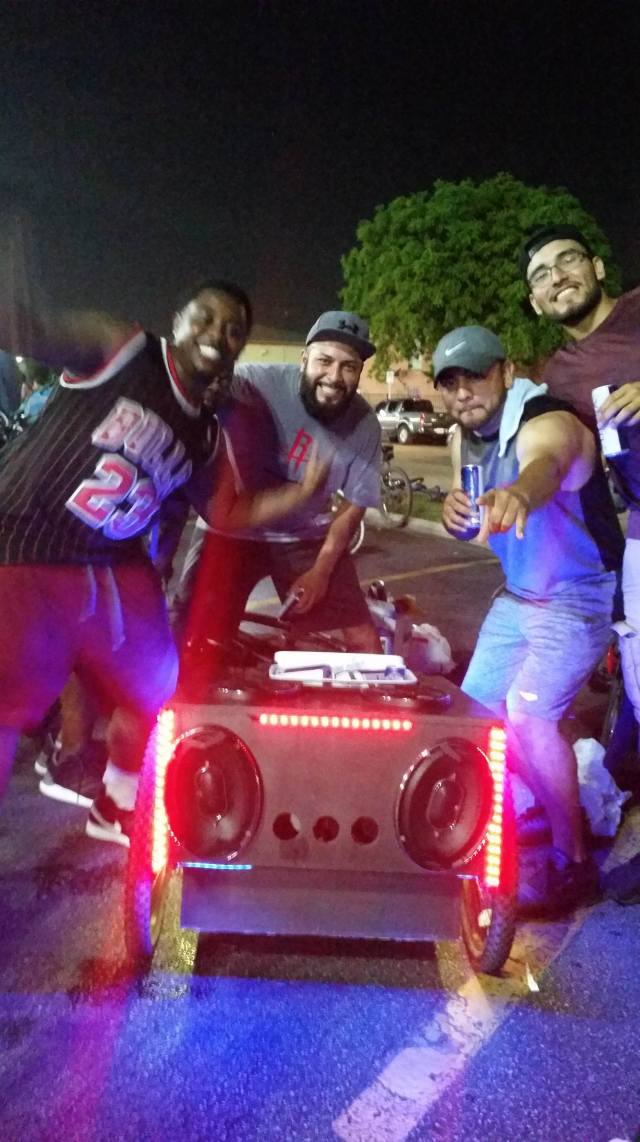 These guys get the vote for best music providers of the evening. And its not because they also gave me some free beers.

And we took off again through the night. We rode for about four hours through East and West Houston. I’m guessing around 20 miles. I don’t know.

What I do know is I am now a Critical Mass convert and I am looking forward to making one happen in Louisville, Kentucky!