The Miyata was my most recent purchase. Black, sleek, steel frame. It is a vintage Japanese bike with brazed steel lugs.

I bought it because I needed something a little more agile and quick. I seriously thought about a carbon or aluminum frame at the time, but I keep coming back to those steel frames. I love them. This is my go to bike. 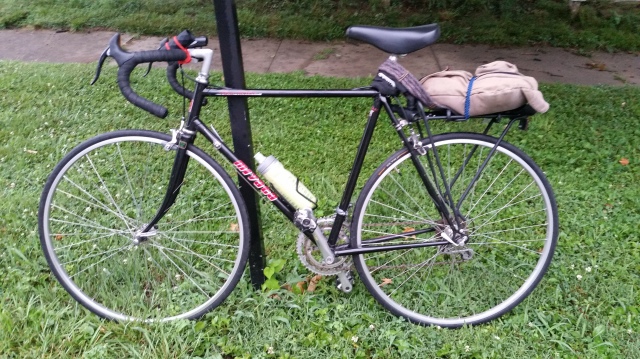 The Puch Austro-Daimler was the first road bike I purchased. Puch is an Austria-Hungarian company functioning since late nineteenth century, started by Johann Puch. In 1925, Puch merged with Austro Daimler to make bikes, motor bikes and small cars.

The Puch Austro Daimler was the first bike I had ever purchased. It is powder blue with a step through, steel frame.

I spent many years commuting on this bike, and it served me well.

Finally, the Diamondback. This mountain bike was gifted to me. I rode it around the city for two years before replacing the tires with road tires for an easier ride.

[Work in progress. Photos and more information to come soon.]